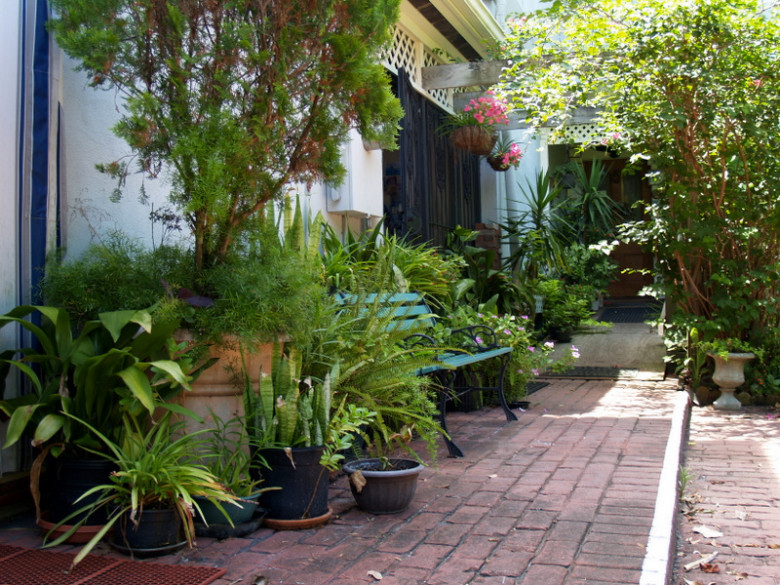 Coming up at 9am on the morning of Sunday, July 14, the Anonymous Society of Artists will hold its next outdoor drawing and painting session on the stately grounds of the Old Mansion Inn Bed and Breakfast. Constructed in 1872, the mansion was originally built in the Second Empire architectural style and was later modified in 1921 to its current Colonial Revival style. A red brick driveway, trickling fountain and magnificent, lush gardens all sit on the property, begging to be painted.

To participate in this event, please send us a quick message to let us know you plan to attend if you have not already done so. While we often will work at the same plein air location two Sundays in a row, Sunday, July 21 will fall the morning after the “Show Some Heart” fundraiser which several of us will be attending, so a second session has not been scheduled as of yet.  The owner and manager of the Inn is allowing us the option of a second session, so we will gauge interest in a return trip following our first session.

Directions to the inn are as follows. Whether you are traveling from north or south of town, take US-1 / North Ponce de Leon Blvd. and turn onto West Castillo Drive by the Prosperity Bank. Continue on West Castillo Drive past Francis Field and the parking garage until the road intersects with San Marco Blvd. Turn left onto San Marco Blvd. and take the second right onto Joiner Street. The Old Mansion Inn is just one block down on Joiner Street. Look for two large century plants on either side of the driveway. Because street parking is not permitted on the roads around the Inn, please pull into the Inn’s private driveway which has ample parking for several cars.

View these directions on Google Maps. 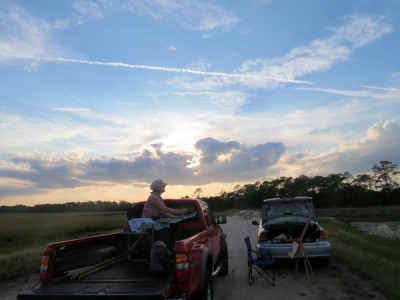 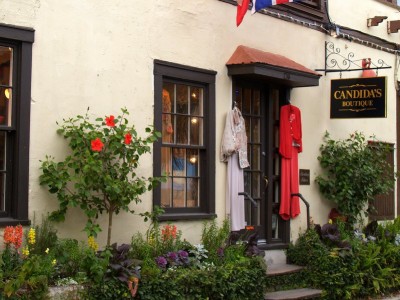 Charlotte St. Once More for Feb. 8
Tomorrow morning, join us once more as we paint the scenic view on Charlotte St. in Downtown St. Augustine.
Anonymous Artists at ArtUNLEASHED
Jacksonville's annual artUNLEASHED event was held yesterday at the grand River Club on the 35th…