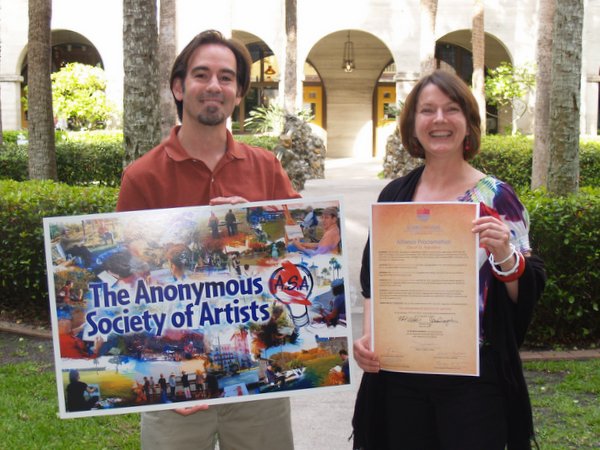 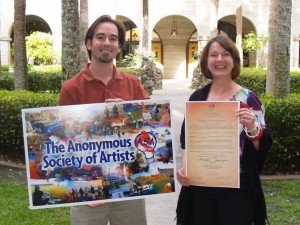 On September 8, 2015, St. Augustine will celebrate its 450th anniversary as the oldest continuously occupied European settlement in the United States. The St. Augustine 450th Commemoration is a four-year long celebration which began in 2012 and has continued into 2013 with the celebration of Ponce’s discovery of La Florida 500 years ago.

Allies of the 450th Commemoration are provided cross-promotional opportunities with the City and are allowed to use the official logo of the 450th. The Anonymous Society of Artists hopes to utilize this alliance to produce a large scale mural celebrating St. Augustine’s rich history. 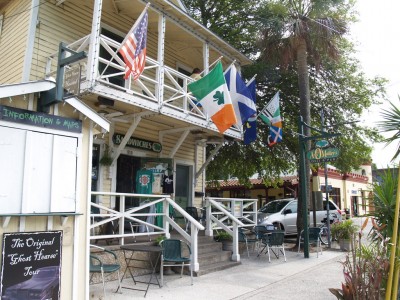 Tropical Storm Andrea inspires unstoppable artists
There are puddles everywhere, but that won't stop a few inspired artists from meeting up at Ann O'Malley's on Friday.

450th Commemoration Mural Project
To commemorate the 450th anniversary of the founding of our nation's oldest city, St. Augustine,… 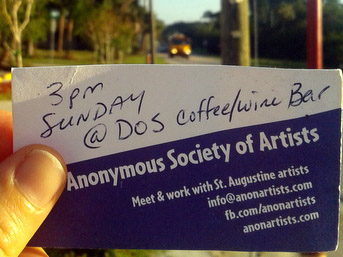 Encore! For DOS Coffee Bar…
Join our group of artists at 3pm on Sunday as we meet to sketch at DOS Coffee and Wine on the north end of St. Augustine.